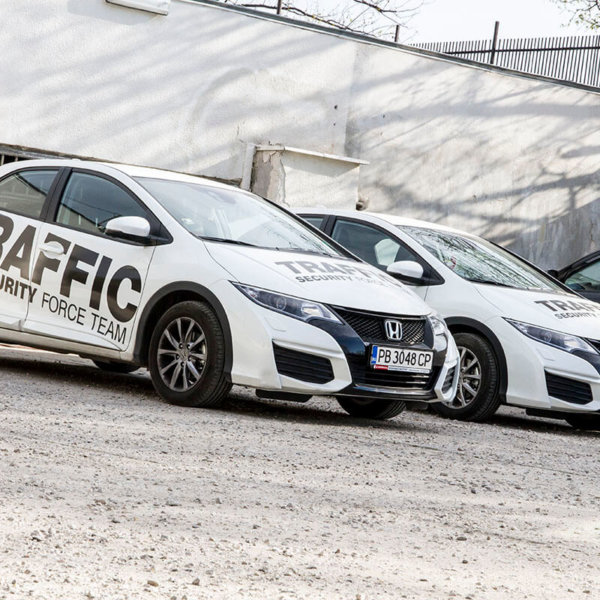 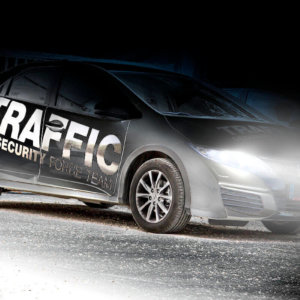 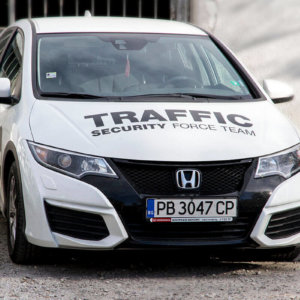 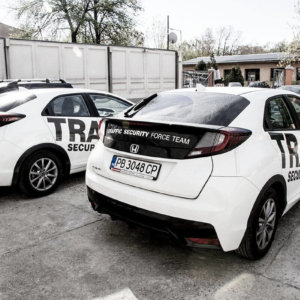 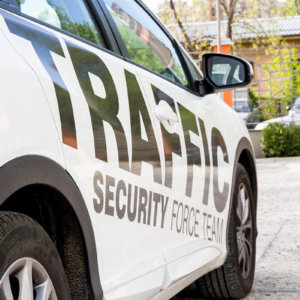 Traffic SOT is a company operating in the field of security and safeguard. The company has a built-in structure to monitor objects that are protected with installed security systems and are managed by a central office. It has many equipped cars and special parts that have a quick response.

In one of our joint projects with Traffic SOT, we have branded the special forces – Security Force Team. Reflective film is widely used by industry-based companies as distinctive features and recognizable features. But it can also be added as a spectacular element in a design, in branding cars and other industries. So it can focus on a particular sign that driving at night is visible perfectly and is extremely powerful.

For the Security Force Team Traffic Security Vehicles, we used a black reflective 3M film – 3M SCOTCHLIGHT Reflective, 580-85 series, which is used for the signs on the doors and the hoods of the cars. As the name itself suggests, at night this film reflects the light, imitating sparkling white illuminated signs that can be seen from afar. Thanks to this black reflective film, during the day the inscriptions are black and white in the evening. This effect is really impressive!

3M 580E The Scotchlite Reflective Films are reflective films that also known with their high durability of up to 5 years. Their excellent tensile strength makes them also suitable for more sophisticated applications where there are 3D curvatures. Clients can choose from a color palette of 10 colors.

As a stylish ad focus on the cars, we have applied white 3M cut film, series 50 on the trunk lids. All wrapped cars are covered by the 3M ™ MCS ™ quality and compatibility warranty.