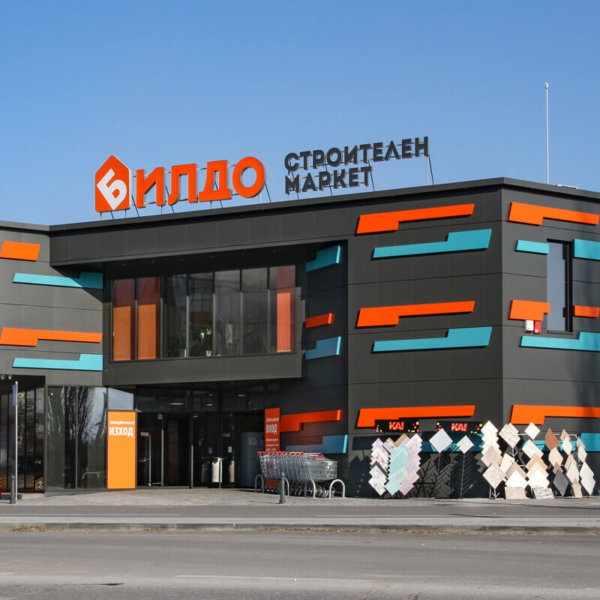 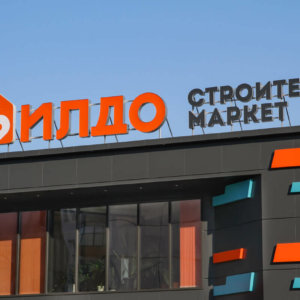 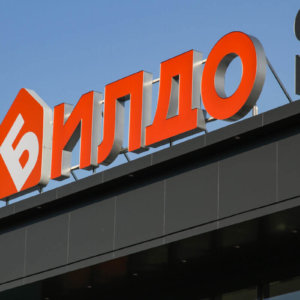 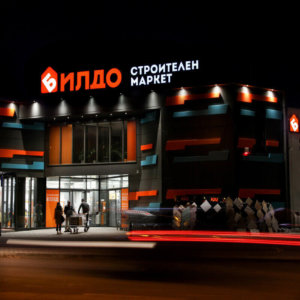 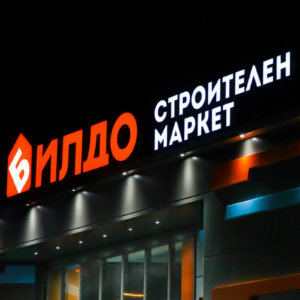 The newest Construction materials store Bildo is located on an area of 3000 m2. It is situated in 78 Tsar Simeon Str. in Plovdiv. In the store, there is a variety of building materials and supplies divided into different sectors for the convenience of customers. In Bildo you can buy all the materials you need at the best price. The service is at a high level. In case you have questions, you can rely on the assistance of the qualified shop consultants.

Media Design helps to promote the brand by creating the design and manufacturing of all the outdoor signs for Bildo.

The advertising letterings of Bildo are produced of quality, durable and elegant channel letters system. The front side is made of acrylic, the returns are aluminum (Alurapid). On the face of the channel letters BILDO we applied the quality 3M film for illuminated signage in orange color – 3M Scotchcal 2330. It increases the illumination of the channel letters and makes them more impressive. Two logo letterings of Bildo, mounted on the roof and the facade, are produced in the same way. Only the their size is different.

For the letters „construction store” we used an other 3М film for effect illumination of signages. This letters must have been black color and in the same time to be illuminated.

The only way to do it was to apply the innovative day and night film. We wrapped the front side of the channel letters with 3M 3635-222 Scotchcal Dual-Color Film that created the needed illumination effect for the black letters.

The illuminated channel letters Bildo are manufactured in our proven technology that guarantees perfect look for a long time without need to be maintained.

Embossed letters for the logo of international company

Multicolored channel letters with the name of Hisarya town

Channel letters Mebelor on the facade of the store

Embossed letters for a desk – a representative ad for Styler

Stylish illuminated lettering for a factory of a distinguished fashion brand