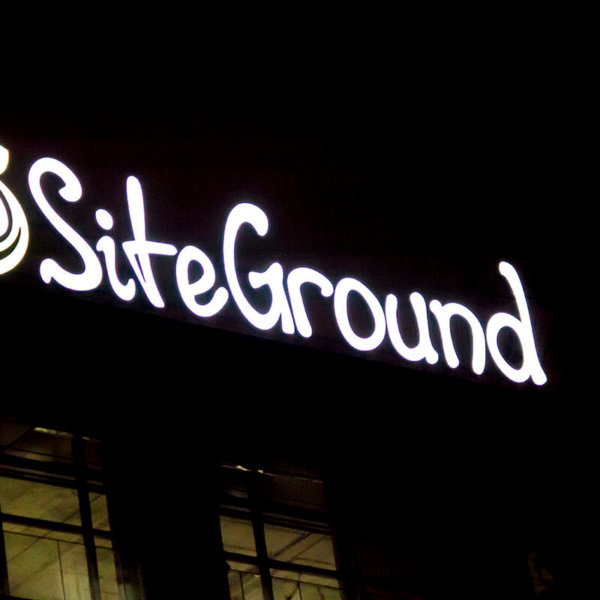 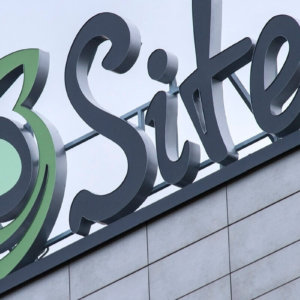 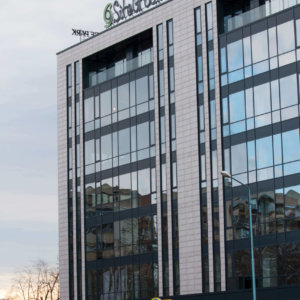 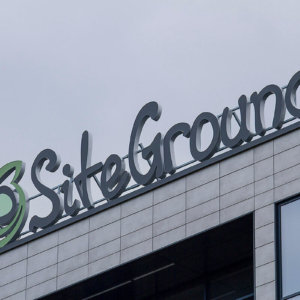 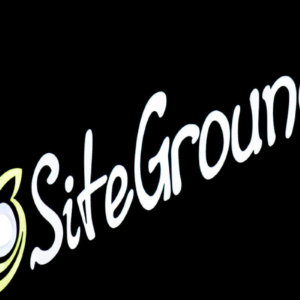 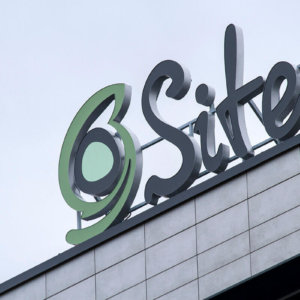 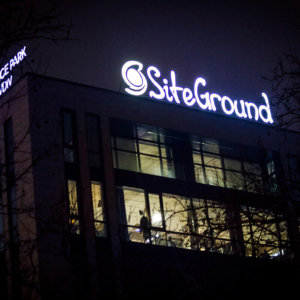 SiteGround is a large hosting company with agencies on three continents – Europe, North America, and Asia. For the office of the company in Plovdiv, 56, “Svoboda” Blvd., we have developed outdoor illuminated signage, mounted on the roof of the building. The day/night illuminated channel letters and SiteGround logo can be seen from afar – brightly lit, they grab attention.

The channel letters for the SiteGround are made with a system of Alurapid, acrylic, and LED illumination. The letters are mounted on roofs where they are exposed to wind, rain, and sun. Because of this, the letters are highly resistant and sturdy, yet lightweight for easier installation and transport.

The face of the SiteGround signage is made of acrylic and black perforated film 3M Scotchcal Dual-Color Film 3635-222 is applied on top of it. Thanks to this film during the day, the signage is black, and in the evening it shines in white. On the green elements of the logo is applied translucent film of 3M, which guarantees excellent lighting.

The returns of the channel letters and the logo are made of Alurapid, which does not corrode and does not change with the years. When we add and the LED illumination, SiteGround channel letters do not need maintenance for at least 5-6 years. The company saves worries and money for a very long time. In this project we used leds from the high quality Korean company G.O.Q. LED, that have proven their durability.